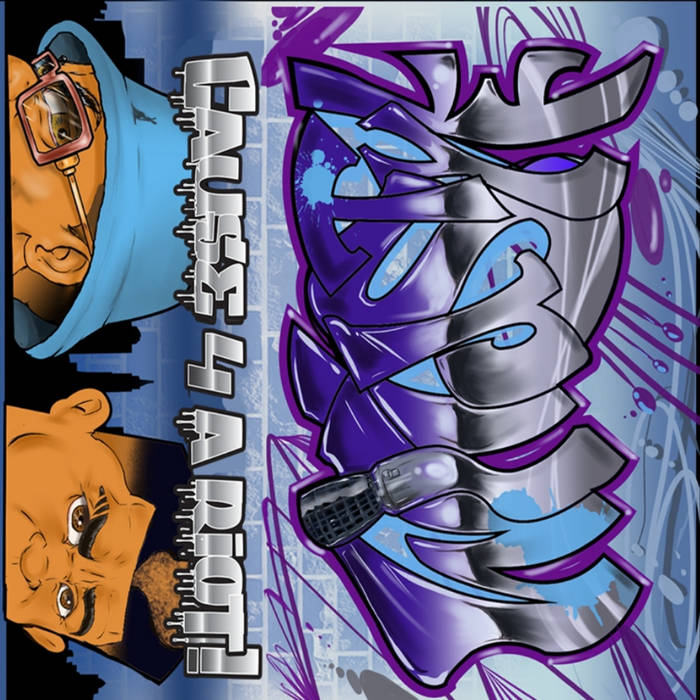 Noahimean of The Animal Crackers

Wildstyle consists of Shannon “Madd Maxx” Hamilton, Kevin “AMC” Beacham, and Les “L.A. the Mutilator” Anderson, and were based in North Chicago, IL (with Madd Maxx originally based in Kenosha, WI). The three first connected in 1986 after being introduced by mutual friend, Vernon Manor, who was originally part of the group, then going by Rose Productions. By 1987, Vernon was less focused on MCing, so the remaining three members renamed the group Wildstyle, and recorded their first official demo, an ode to their DJ, “He’s Flawless (Without A Mistake…)”.

The name Wildstyle was meant to symbolize their love and appreciation for the Hip Hop’s pioneers who paved the way for them, several of which were featured in the iconic film Wild Style, namely Lil Rodney Cee, Cold Crush Brothers, Grandmaster Flash, Grandmixer D.st, and others. Plus, the name was also a means to describe their complex and witty style, mixing expansive vocabulary and creative patterns with an aggressive and brutal-like approach that was suited for battling.

Between the years of 1987-1990, Wildstyle worked on approximately thirty songs, in an attempt to secure a record deal. In addition to recording in the prominent professional recording studios in the Lake County, IL area at the time (Talent Investments, Studio M, and Barnett Studios), they also invested in their career by buying studio equipment and building a small but effective home studio that they called the Rage Cage, recording their own demos, as well as producing other local artists (as Rage Productions), such as D.B.I (later known as Criminal Law), Lethal Weapon, Chapter 2 (DeeJay Bird & Black Man Zeke), Young Action, D.O.P.E, S.P.O, etc…

In addition to recording and producing new material, circa 1987-1990, Wildstyle was also active on the Lake County scene, performing at local talent shows, club events, and Hip Hop parties, as well as battling all comers to continually sharpen their skills. However, it was in 1989 when the group official started recording an album, titled “Cause 4 A Riot!”, working into the early part of 1990 putting the project together, while also trying to learn how to navigate the music business. On November 11th, 1989, Wildstyle performed at the Waukegan Youth Center on Sheridan Road, and through a family connection via Madd Maxx’s mother, the group was able to get a representative of Atlantic Records to come see their performance, as well as hand him a demo tape. However, when they received a call back, they were informed that the label was only looking to sign artists in the same vein as N.W.A and Too Short at that time, asking if the group was willing to make similar music, or write/produce like-minded songs for other artists. AMC remembers, “That call was flattering and disheartening all at once. It was great being recognized for our talents as writers and producers, but also frustrating to then be asked to imitate someone else. The aftermath of that situation slowly lead to the group’s demise, as we each had different opinions on how to proceed with the music we made”.

This 30-year anniversary version of “Cause 4 A Riot!” is not an official album, as some of the included songs were for various side projects, and other intended key songs were never completed (IE “Blast Your Radio”, “Tricks Are For Kids” and the Rage Productions Posse Cut, “Suckers Want Some, But Can’t Get None”). However, these collected songs do showcase the group’s desire to be stylistically progressive, as well as their attempt to also create some music that was more commercially accessible, often while being somewhat in conflict with that very idea. In the end, Wildstyle left a mark on the 80s Lake County Hip Hop scene, and served as a key foundation for Kevin Beacham’s continued work in the world of Hip Hop.

-Recorded at Rage Cage Studios except for the following:
*Recorded At Talent Investment Studios
**Recorded At Barnett Studios