Get fresh music recommendations delivered to your inbox every Friday.

SUNSETS IN THE APOCALYPSE 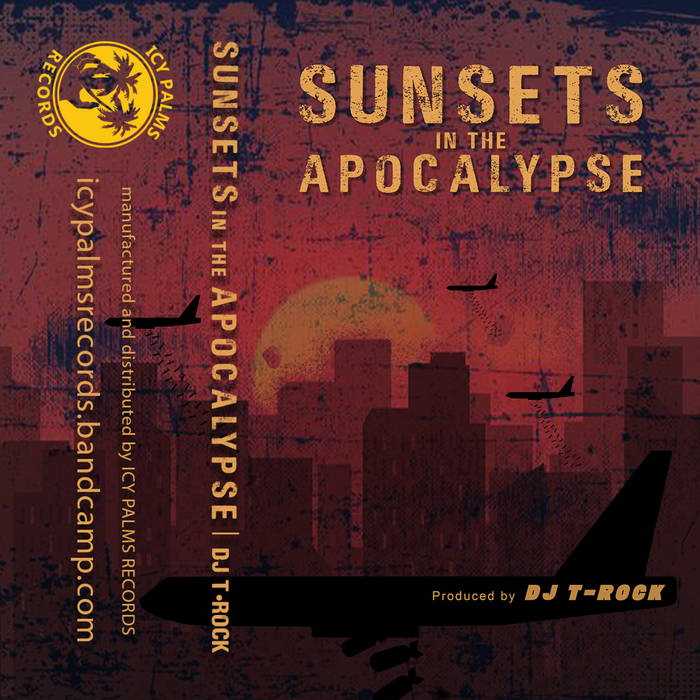 DJ T-Rock is best described as a scratch technician - he is rated highly as one of the best in the Turntablism business - Voted 'Best damn DJ you never heard of' by the legendary San Francisco scratch label 'Hip Hop Slam', and is considered by many music industry magazines to be one of the most versatile DJ's on the planet. In 2005 DJ T-Rock was voted amongst the 5 best hip hop DJ’s in the world in an internet poll run on 'thedjlist.com'. These are a few of the prestigious mentions he's acquired during his career.

T-Rock has a "party rocking" reputation when it comes to his live preformances, although he is totally at home with the various styles of DJing, he enjoys the "anything goes" style most of all, Rock n Roll mash-up, mixed with a soul, funk, old school/new school grind. It is on the stage where T-Rock comes into his own and where his years of turntable experimentation and technical skill using the turntable as an instrument can best be admired.

Over the years T-Rock has shared stages with countless famous DJ's and hip hop artists as well as worked with veterans and "new schoolers" alike. T-Rock has appeared on numerous labels/artists compilations / albums, and toured with many musicians, rappers, and bands throughout the U.S. In 2003 T-Rock experienced a taste of performing to 20,000+ sized crowds when he became tour DJ for Latin artist Amanda Perez for a period of 3 years.

T-Rock’s main focus has been that of a solo performer where he has toured in North America, Europe, Canada, and New Zealand. His busy touring schedule has gained him worldwide recognition and praise among crowds and his peers.

T-Rocks’ debut release of the 2005 album "Rock & Squash Techniques", featured a tune that became popular on New Zealand student radio "Mama said wear you out". This album, which was a New Zealand only release, was the first exciting collaboration with Atlanta producer / M.C., Squashy Nice.

The "Rock & Squash Techniques" album was the first release for Auckland based label "Why Records".This album was listed in Real Groovy magazine (New Zealand) as one of the top five albums of 2005.

T-Rock toured New Zealand with his solo scratch routine to promote the release – Performing shows in Christchurch & Dunedin as part of University Orientation Week, including sideshows with in Wellington & Auckland.