The Legend of Jenny Vega (Heart Of A Lion) 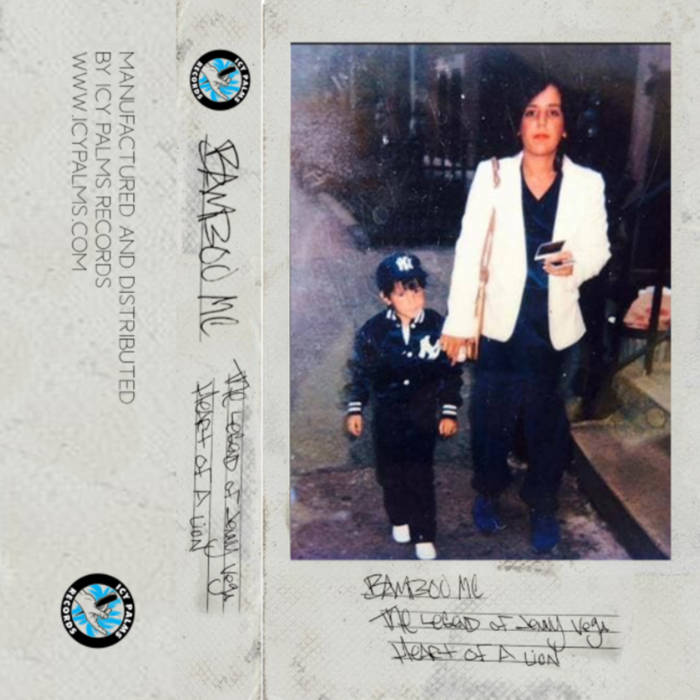 Bamboo MC is one of the most eloquent, conscious, and intense MCs in the game. His revolutionary rhetoric hits close to home for many people, so you’ll probably never hear him on pop radio. Unrelenting, uncompromising, venomous, blunt, intelligent, articulate. The list could go on, but until you hear “The Legend of Jenny Vega (Heart of a Lion)” you just won’t understand. He delivers artistry that is soulful, honest, and contemplative all the while being entertaining. Few emcees possess the command he does, song after song Bamboo MC leaves you hypnotized as he rips the mic to shreds.

On “The Legend of Jenny Vega (Heart of a Lion)”, Bamboo MC’s mic presence is greater, his flow is more commanding, his focus is sharper, and he is a whole lot angrier. Not to mention, his beats are much better. Bamboo MC is a voice that hip-hop and society desperately needs to hear. The best of his social critiques and character studies on this album finds him in top form.

The moment Bamboo MC opens the album with “Metamorphosis”, he begins to offer a broad sketch of the characters who inhabit this recording. Applying metaphors that reference personal, social and community affairs rather than pop culture is the formula he thrives on for his fiery perspective.

“Chunky” keeps the ball rolling as Bamboo MC dominates with the gravitas of his rhymes and the intensity of his delivery. The New York-based emcee is an astounding purveyor of dedication and intelligence, a sea of information set to hard beats and near-perfect production. “Godspell” ft. Shawn Dinero maintains the momentum. It is as strapping, as urgent and as powerful as any hip hop record has been this year.

“Oh That’s Nice” runs on an insistent bass loop, leading up to the explicit “Call Mom Pt.1” skit. With so much conventional rap based on hedonistic traits, outdated misogyny and celebrations of material prosperity, this album is invigorating in style and astonishing in scope. From “Da Bullshit” and “Let It Be (A Beautiful Day)” to “Black Leopard”, Bamboo MC constructs material that breathes with the light of real vision, and real insight.

A trustworthy hip-hop artist, Bamboo MC knows how to posture with the best of the genre stereotypes, but doesn’t need to, because his self-respect is deep enough to not have to play that kind of game. The bar is raised on the dramatically paced track “Letter B” ft. B. Nice, with its expansive instrumentation. At any given time, Bamboo MC has a lot on his mind. In essence, he’s an everyman’s MC, with a gift for rhetoric that has no compatibility issues with songwriting.

“Better Tell’em” ft. Keith Murray, comes in bouncing relentlessly all over the sound system, packed with power basslines and synth effects, leaving the “Call Mom Pt.2” skit to drop off a surprise twist in the tale. “Spooky” feels audacious and downright important, as Bamboo MC gets outspoken and personal. It sounds like a throwback to rap’s most provocative, conspiratorial era. The album finishes with the emotional spoken poetry of “Superman’s a Crackhead”.

More than anything he’s done prior to this, “The Legend of Jenny Vega (Heart of a Lion)”, feels like a singular document destined to juxtapose Bamboo MC with his legendary peers. It is a concept that is at once straightforward and deceptively complex. The album takes the energy of hip hop’s rebellious instincts as its heart and reminds us of their importance.

Scratches on Chunky & Better Tell'em
by DJ Kruz One

Shout Outs to everyone who contributed Hells Kitchen All Day!!